What is Amazon Web Services, and what expertise does the MaybeWorks team have 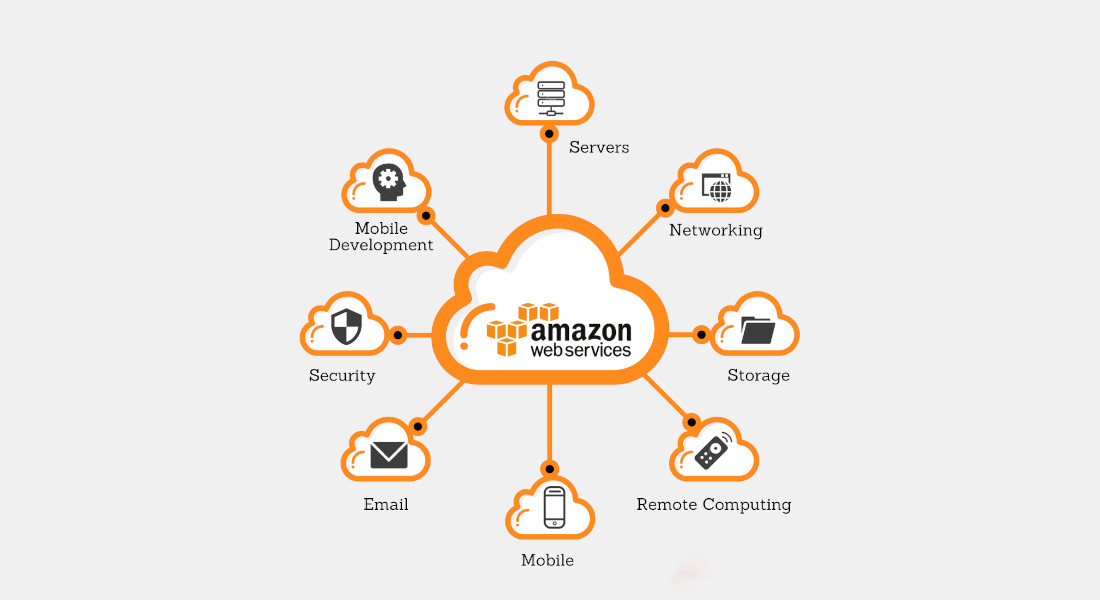 Over 15 years ago, Amazon came up with the idea of creating a centralized system of services that they could use for efficient development internally and provide to external teams.

Competitors released similar solutions only a few years later, which allowed AWS to take a profitable position in the market. The platform is still the leader and is growing ahead of analysts' forecasts. At MaybeWorks, we have no DevOps, but we have huge expertise in working with Amazon S3 and Amazon EC2. And we can share it with you.

What is AWS (Amazon Web Services)?

AWS is a major division of Amazon, which operates the cloud platform. The project provides third-party developers with the server infrastructure and software tools. Cloud service emerged as an answer to the issues of companies that maintained their own servers. There were too many problems with ordering equipment, setting it up, and maintaining it, so cloud computing quickly became in demand. The AWS platform dominates the market, overtaking competitors like Google Cloud and Microsoft Azure.

AWS allows for balancing power and costs depending on the load in a particular period. With AWS, you do not have to buy and maintain the hardware capacity as the biggest load of the year, for example, on Black Friday.

It is much easier to use ready-made solutions based on AWS. This platform allows you to create cloud applications faster and develop almost any feature. AWS provides flexible and scalable development, secure data storage and transfer, as well as stable and fast application performance in all traffic flows.

To keep all of its cloud services running consistently and performing well, Amazon has built a complex network infrastructure and continues to evolve it. Some major cities are home to local AWS zones. These infrastructures are designed to handle complex tasks requiring minimal data transmission latency. For example, to provide online gaming or broadcast multimedia content.

Another AWS infrastructure solution is Wavelength. Such zones are optimized to serve mobile applications on wireless networks.

In addition, AWS customers can rent Outposts. This is equipment designed to deploy AWS server infrastructure at local sites. Simply put, it processes data on-site without sending it to the cloud.

Nevertheless, AWS is not 100% immune to failure. It has failed for short periods of time before, causing technical problems for companies that rely on AWS infrastructure. For example, there have been such failures in AWS's history:

Now let's discuss the AWS services our MaybeWorks developers have expertise in.

What is EC2 (Elastic Computer Cloud)?

EC2 is the core compute component of the technology stack. In practice, EC2 makes life easier for developers by providing secure and resizable computing capacity in the cloud. It greatly eases the process of scaling up or down, can be integrated into several other services, and comes with a plan where you only pay for how much you use it.

Elastic Computer Cloud service provides virtual server platforms with a wide range of functionality. Users can choose the type of processor (Intel, AMD, or Arm), storage system, operating system, network, and purchase model. They also have the option to rent an already configured server or build the configuration themselves. Scalability, high data rates (up to 400 Gbit/sec), different service packages, and billing are available.

What is S3 (Simple Storage Service)?

S3 storage is an object storage service offered by cloud service provider Amazon. The main advantage of the S3 solution is the ability to store files of any type and volume with high reliability and availability.

The principle of working with S3 storage is to create containers and add necessary files there, which are represented as objects. Thus, everything in the container can be viewed, moved, or deleted. The containers themselves, if necessary, can also be deleted.

In addition to the objects themselves, object containers store metadata, which defines the properties of the object and a global unique identifier in the form of an assigned address. These attributes are stored in a flat address space, allowing developers to eliminate problems with a hierarchical file system based on complex file paths.

Notably, a single object can contain heterogeneous metadata that characterizes it in the most detailed way. For example, it may be an audio file with specified metadata in the form of the artist, song title, album name, and other information. Further, the metadata files are indexed, which greatly facilitates and speeds up the search for the right objects according to the specified characteristics.

Why use S3 storage?

The main purpose of S3 storage is to scale and store information more intelligently.

It is easy to see that the nature of data has changed dramatically in recent years. While it used to be possible to store files in traditional storage, we are dealing with a constant growth of information, and it is quite difficult to manage this process. S3 cloud storage copes with such a task, adapting to any growth rate.

The last project where the MaybeWorks team assisted in AWS development was a graphic editor. It allows the user to create their own design and send it to print using the "Export to print" button or download. Except for AWS S3 and AWS EC2, our developers interacted with Typescript, React, Nest, MySQL, rabbitMQ, PM2, Redux, Redux-Saga, Konva, React-Konva, Konvia-Node, Canvas, Axios, Unsplash-JS, and Material-UI. The team implemented the following features:

MaybeWorks developers easily integrated into the client's team as if they worked at his side. MaybeWorks brought true experts to the client's in-house team, extending its capabilities to the fullest.

Feel free to contact us to discuss assistance in AWS S3 and AWS EC2 development. 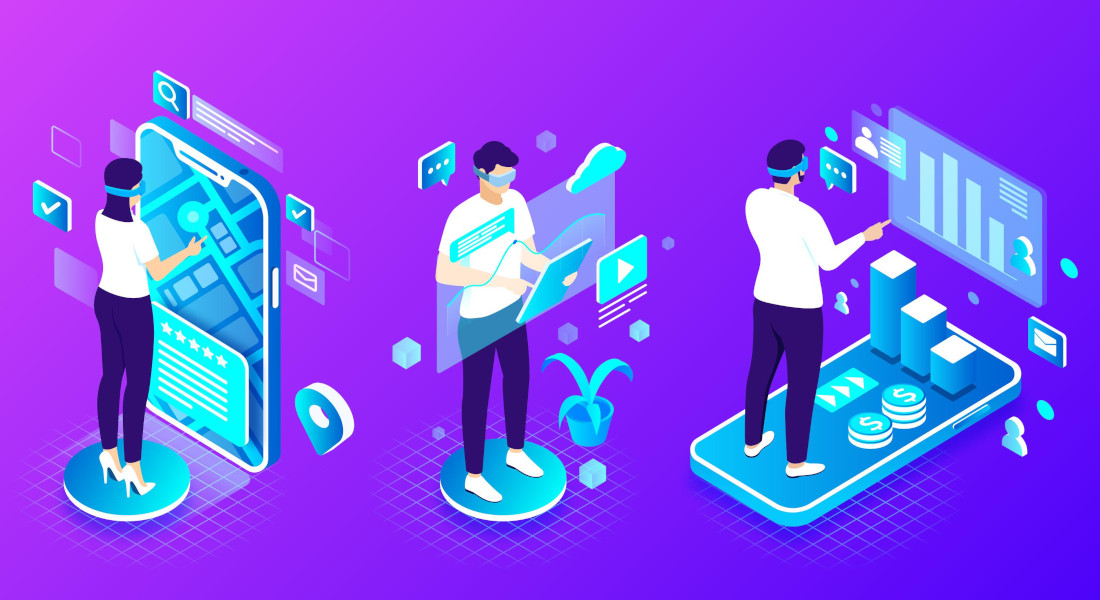 During assisting VR and AR development teams in the gaming business, digital marketing, and education, MaybeWorks IT staff provider has accumulated a large number of examples of the implementation of these technologies. 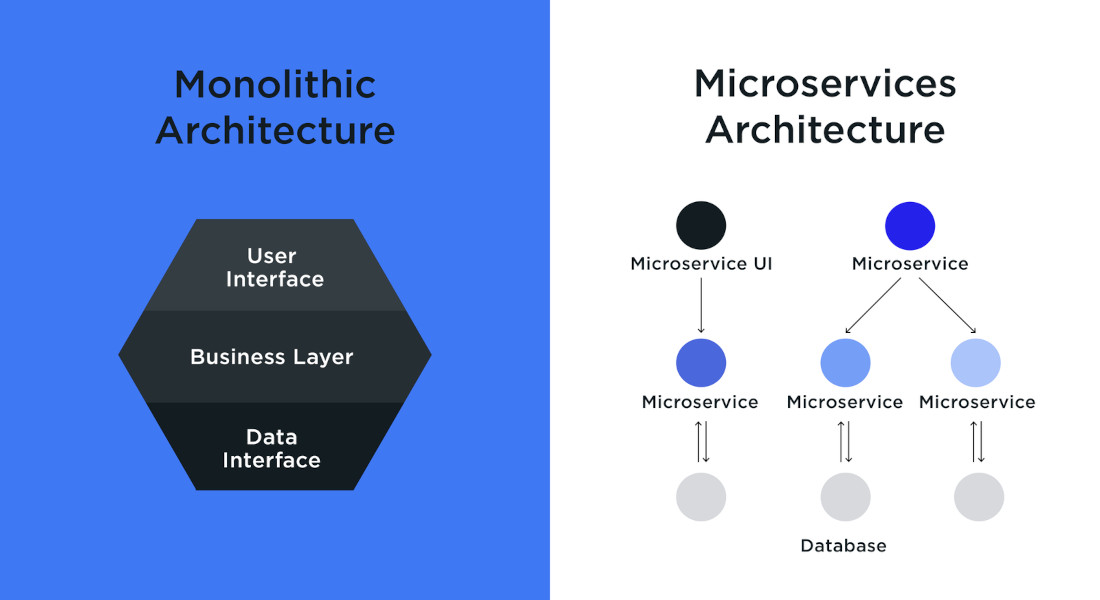 Microservices Software Architecture: Everything You Should Know

Choosing an architecture for a project is an essential step for a product. After all, the project development and support process depend on this choice. This article focuses on microservices, but we will also look at other types of software architectures. 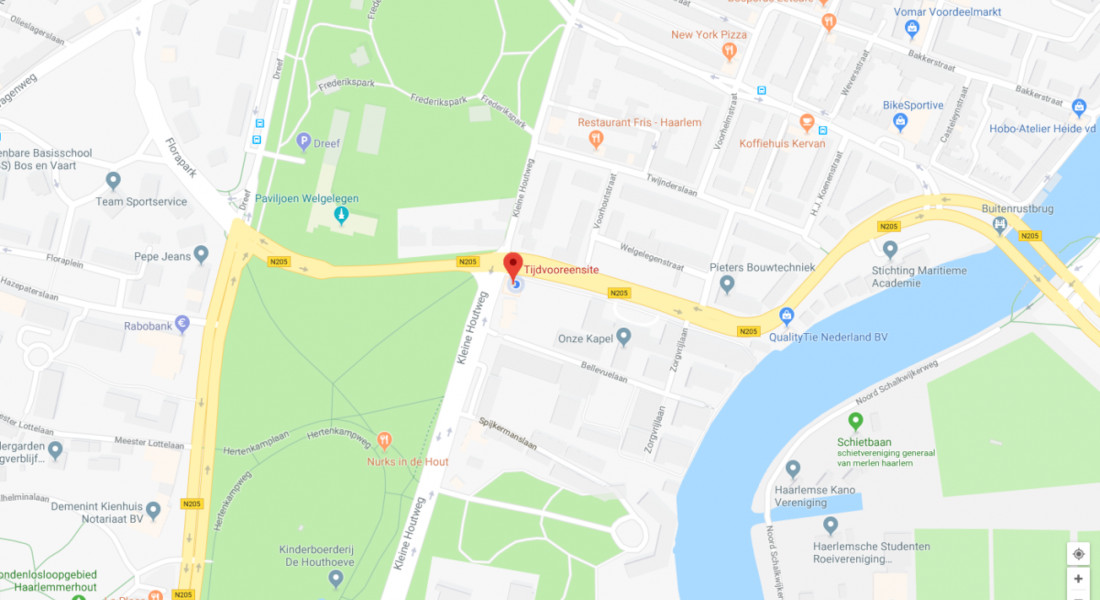 3 Mapping & Location APIs for Website Integration And Their Advantages

Map services are projects that create maps of cities and countries. There are many variants of Mapping & Location APIs. 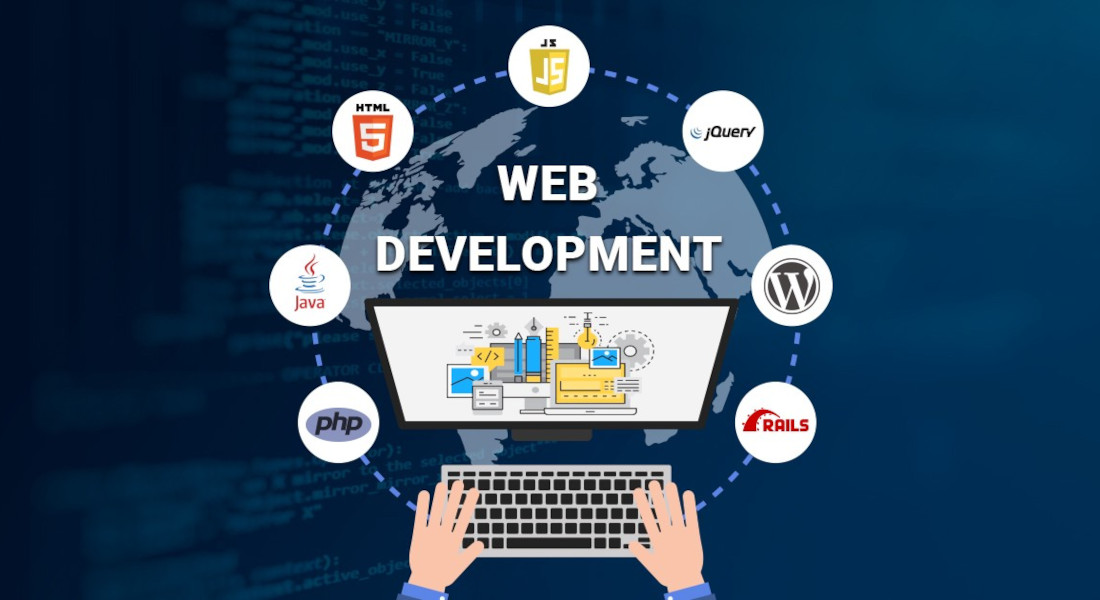 Now is the perfect time to look back on the past year and talk about the web development trends that will be in focus in 2023. We've highlighted 5 trends worth paying attention to develop relevant, memorable, and user-friendly web applications. 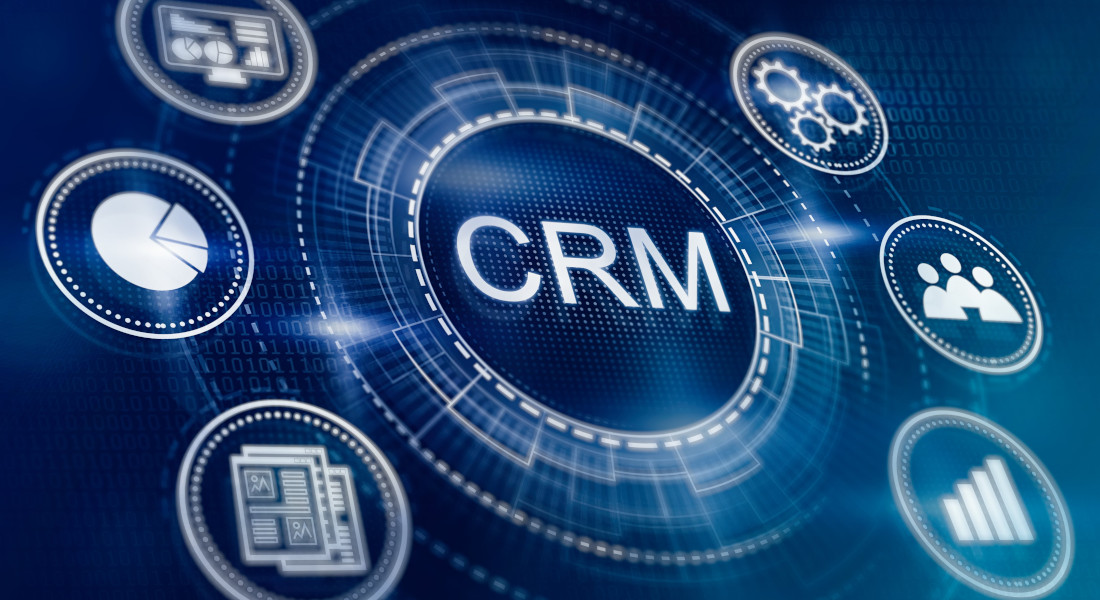 Custom CRM Software Development: Why Does Your Business Need It?

Businesses are under pressure to adapt to the rapid development of technology. Today, every commercial venture is connected to the Internet, where most goods and services are sold. 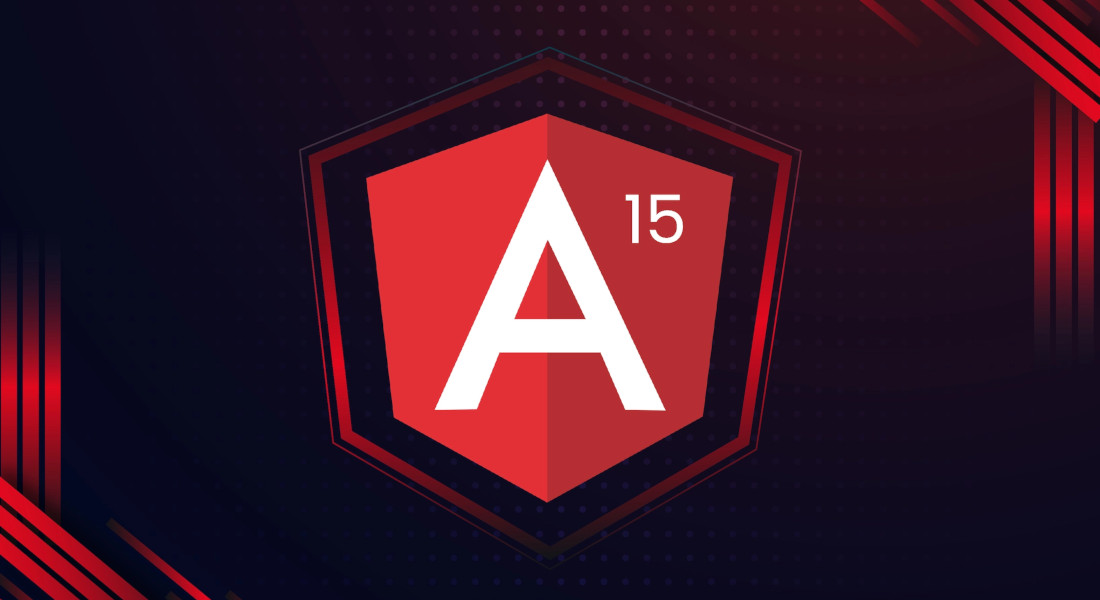 Angular Evolvement: from the Appearance till Today 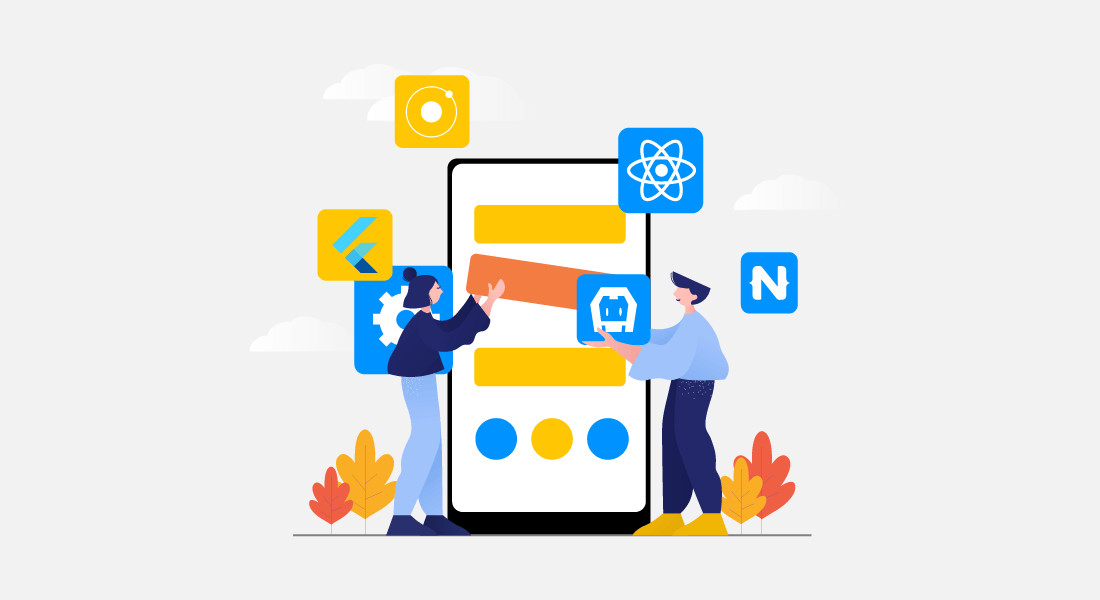 Native App vs Cross-Platform App vs PWA: What to Choose?

To develop a business, an entrepreneur must not only offer his potential customers a good and high-quality product or service but also simplify communication between the customer or buyer and the company's representative.

This has been a turbulent year on many fronts. New solutions and tools appear in the FinTech market almost every day.

Involvement of High-Level Developers to your Project